What is denatured alcohol?

Denatured alcohol refers to alcohol that has additives in the product in order for it to be sold as a non-consumable and palatable product. This is because alcohol is used for a lot more uses than drinking, so to avoid the high tax and regulations on drinking alcohol, denatured alcohol was created for industrial, disinfecting and non-drinking uses. The additive in denatured alcohol has the most bitter taste known and is extremely poisonous and unpleasant smelling.

Denatured alcohol can be used to disinfectant, sterilise medical equipment, as a window cleaner, and there are many more uses. Methylated spirits are also perfect for indoor or outdoor methylated heaters. It is an effective solvent in the paints, lacquers and varnish industry. You will also find that it is found in a lot of cosmetics such as toners and makeup brush cleaners. It can be used as a window cleaner, spray and wipe disinfectant, and a steriliser.

Methylated spirits can be used as rubbing alcohol when diluted down to about 65-70%. The reason it needs to be diluted down to this is so it is not as harsh on the skin and so it evaporates off slower in order to kill the bacteria. The higher the strength the more it will flash off but in the circumstance when you need to kill bacteria, sometimes the 70% works better as it has longer surface time, therefore, more time to kill the germs. 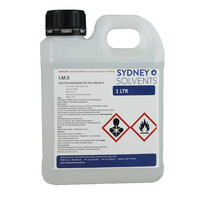