Different Types of Alcohol and Their Uses 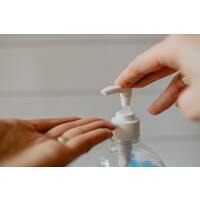 Chemistry recognises three types of alcohol: isopropyl, methyl, and ethyl alcohol. Because each of these types of alcohol has distinct properties, it is critical for scientists — and humans in general — to distinguish between them, if only for safety reasons. Each type of alcohol has its own set of applications in both personal and industrial settings. While no form of alcohol is beneficial to humans in and of itself, the species has a long history of using ethyl alcohol as a recreational drug.

Isopropyl alcohol, also known as isopropanol, 2-propanol, or rubbing alcohol, is commonly used by physicians, who rub the poisonous substance onto surfaces, tools, and human bodies to cool and disinfect them.

Rubbing alcohol, which is made by combining water and propylene, is effective for sterilisation. Its high evaporation rate makes it a popular choice for cleaning electronics, though it can also be found in household cleaning products. Isopropyl alcohol can also be found in cosmetics such as lotions. C3H8O is the chemical formula for this type of alcohol.

Isopropyl alcohol, like other more dangerous types of alcohol, frequently contains bittering agents that discourage people from drinking it.

Methyl alcohol, also known as methanol and wood alcohol, is primarily used as an industrial solvent. Paint removers and photocopier developers, for example, make use of it. People with knowledge and experience can also use methyl alcohol to create other chemicals. Formaldehyde is produced as a byproduct of methanol degradation; some industries use this byproduct to manufacture everything from plastics to explosives. Because of its high freezing point of -143.68 degrees Fahrenheit, it can also be used to fuel internal combustion engines and keep other fuels from freezing.

Types of Alcohol for Disinfection

The CDC suggests using a hand sanitiser that contains at least 60% ethyl or isopropanol alcohol and avoiding products that contain less than 60%. Bacteria, viruses, and other germs that can make you sick can be killed by either type of alcohol.

Ethyl alcohol is effective at killing a wide variety of viruses, but not hepatitis A or poliovirus.

The virus responsible for COVID-19 is an enveloped virus. Both types of alcohol will kill it, but ethyl may be more effective.

Disinfectants and antiseptics such as ethyl alcohol and isopropyl alcohol are commonly used. When used in concentrations greater than 60%, both alcohols are effective at killing germs, but there is some evidence that ethyl alcohol is less harmful to your skin.

Drinking products containing either type of alcohol that are not intended for human consumption is extremely dangerous. If your child consumes hand sanitiser, seek immediate medical attention.